Home  /  Relationship  /  Eklavya-Dronacharya story, a worth read to understand the teacher-disciple relationship in Mahabharata 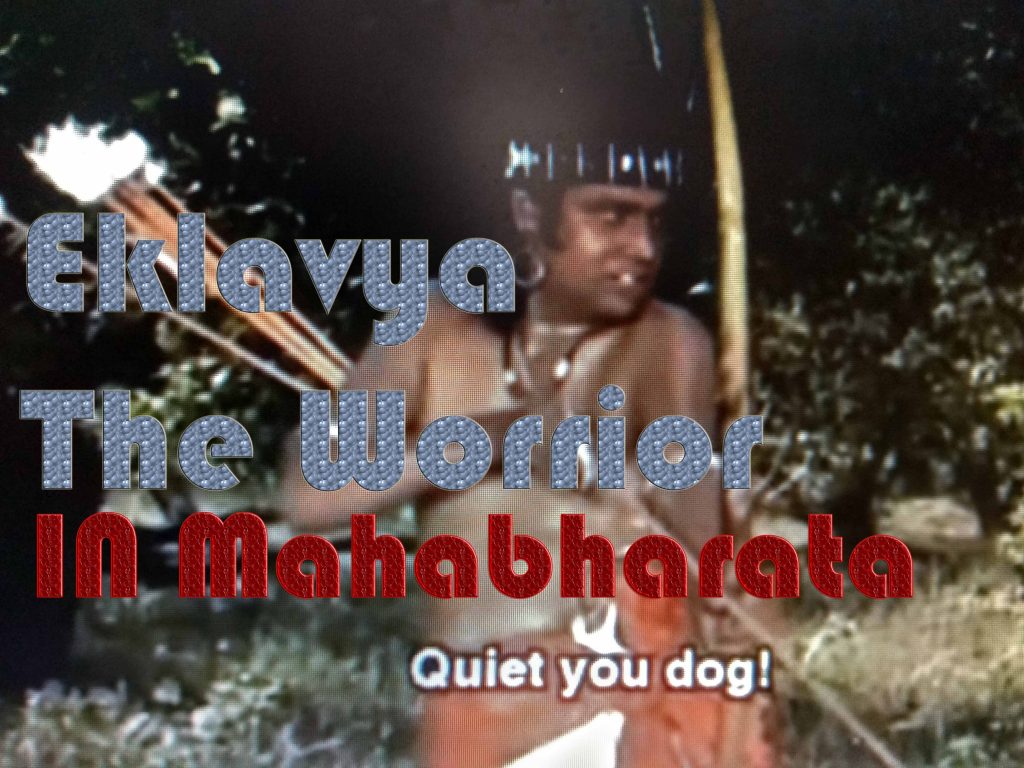 From the LYF Desk

You must have heard about an ancient Indian epic, Mahabharta which revolves around two branches of a family-Kaurvas-Pandavas. Eklavya was also a prominent character of the epic, whose story in the epic pertaining to guru-shishya was something still holding an importance.

In the epic guru denotes teacher Dronacharya and shishya denotes disciple or pupil Eklavya. This story still holds its space in the relationship between teacher and a disciple.

Now I will be taking your memory down to the 4000 years back, dated to Harappan times. You will be relished to know the historically and religiously famous story.

The young boy Eklavya was a son of tribal chief Devashrava, in the forest of Hastinapur kingdom. He was fearless, audacious and handsome.

Ekalavya was Lord Krishna’s cousin brother. Ekalavya’s    father, Devashrava, was Vasudeva’s brother, who got lost in the woods. While wandering in the forest and after the death of his father, he was adopted by the king of hunters, Nishada Vyatraja Hiranyadhanus.

The energetic boy Eklavya was fond of archery, and despite having the perfect knowledge of archery (the sport of shooting arrow with bow). He wanted to be taught by guru Dronacharya. Drona was a son of Rishi Bharadwaja, and Brahmin Parshurama was his guru. He was the great warrior of his times.

One day when Eklavya’s father noticed him unhappy and depressed, he asked him, why are you depressed, looked worrisome, and why are you not taking interest in hunting ?. then Eklavya replied, “Father, I want to be a great archer and great warrior of unmatched prowess and for that, I want to be the disciple of guru Dronacharya”.

Father was shocked, and categorically told Eklavya that he could not be the disciple of Dronacharya as he teaches archery to princes only and you are not a prince so Drona will not accept you as his disciple. Eklavya again replied, “Father I want to be warrior not just hunter, and to become hunter, he needs to be trained by Drona”.

Despite father’s resistance, Eklavya was adamant and told his father in an unqualified manner, ‘I have decided to become the disciple of Drona in whatever way and I will persuade Drona to take me as his disciple, and he is ready for any sacrifice”.

His father again asked Eklavya, “Son you are dreaming something impossible, and if you are still adamant, my blessings and prayer is with you, and I hope may your wishes come true”.

What Happen When Eklavya Went To The ‘gurukul’ Of Drona

To achieve his path, Eklavya went to the gurukul of Drona where the princes of royal kingdom Hastinapur, Arjuna and others were mastering the art of archery. As he entered the gurukul, the place of learning, Eklavya first wished Drona. Drona asked why you came to the gurukul. Eklavya said Drona, please accept him as his pupil as he wanted to become the great archer in the world.

Drona without paying any heed to the pleas, flatly rejected the request of Eklavya, and reportedly told him that he could not take shudra(low caste boy) as his disciple. Boy turned angry and asked Drona why this discrimination over caste and said, he knows the art of archery and to achieve perfection he wanted to be your disciple.

Saddened over the refusal, Eklavya left in hurry by saying that he will definitely become the great archer.

Here start the journey to master the art of archery

Here came the turning point, while roaming in forest, Eklavya after he was refused to be taken as pupil by Drona, he built the statue of Drona with mud in the forest.

Eklavya practiced the disciplined self study model and he practiced archery for years along with worshipping the statue of Drona. And yes, after many years of practice, he attained the skill and became the great archer, even better than the pupil of Drona, Arjuna.

Here comes the lesson, Eklavya was having a clear will, devotion and a desire, though only a statue of his guru in front of him. His dedication to learn something proved that anyone could achieve anything in life by keeping the place of guru in their lives in whatever form may be.

When Eklavya cut his thumb to impress guru Drona 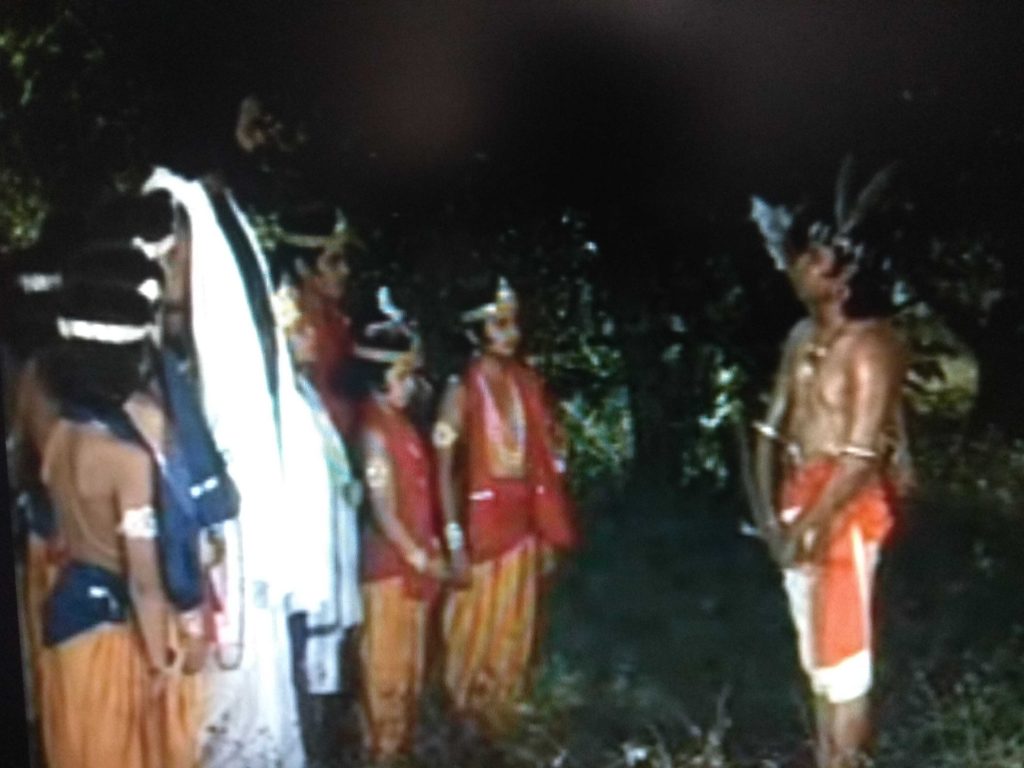 One day when guru took his disciple to forest to teach them the art of archery where Eklavya was also practicing in front of the status of Drona. A monster dog was barking near the statue due to which Eklavya felt distraction and could not practice archery. With his bow, he released seven arrows in quick succession which locked the mouth of the dog in such a way that he stopped barking and could not render any loss to any one.

In the meantime, guru Dronacharya also arrived and was shocked to see the systematically locked mouth of dog with arrows. He asked his pupil, who did this, Eklavya arrived and said, he locked the mouth of monster dog as he was distracting him from practicing archery.

Impressed over the unmatched archery skill of the boy, guru Drona asked, who are you boy, do you know that you the way you locked the dog’s mouth, only a great warrior  could do that. Eklavya replied, he was an archer and a son of a tribal chief and was practicing archery in the forest in front of the statue of his guru.

Drona again asked, who is your guru, Eklavya said, you Drona. Drona was surprised and asked, how he could be your guru as he was only teaching archery to the royal princes in his gurukul but never taught to you.

Now guru recalled, oh I could make out now, you had visited gurukul several year ago, and I refused you, you are that hunter boy, right, Eklavya said yes, he is the same boy.

Eklavya revealed, “After I left gurukul, I worshiped under the shadow of your statue, and practiced archery. You refused to teach me but your statue did not” Eklavya told guru Drona.

Listening to the conversation between Drona and Eklavya, prince of Hastinapur, Arunja intervened and asked Drona that you promised him to make him the world’s best archer but how could you accept Eklavya. Arjuna then asked Drona, ‘you deceived me’.

Listening to Eklavya, guru Drona went into deep thoughts and murmured, “Someone like Eklavya becoming mightier than princes of Hastinapur Arjuna may become threat for the kingdom and my promise to make Arunja the world’s great archer, may not be fulfilled if a hunter boy like Eklavya master archery. I must do something to avoid Eklavya from becoming the great archer”.

Then Drona told Eklavya, you became his disciple without taking permission from him, and you did not given any gift or guru dakshina(fee) to him which every pupil should give. Eklavya hurriedly replied, he would pay guru dakshina of any sort. Guru Drona again asked, Eklavya you could not give what he will ask for ?.

Eklavya replied, he would love to serve you guru any form.

Then guru Drona asked Eklavya for his bow wielding right thumb. Listening to the demand of Drona, he said,” “He know he may lose the art of archery by losing his thumb, but he is happy that you are accepting me as your disciple, who is not a prince but a shudar ( a low caste boy).

Without mincing a second word, Eklavya brought his knife and cut his right thumb and offered to the guru Drona. 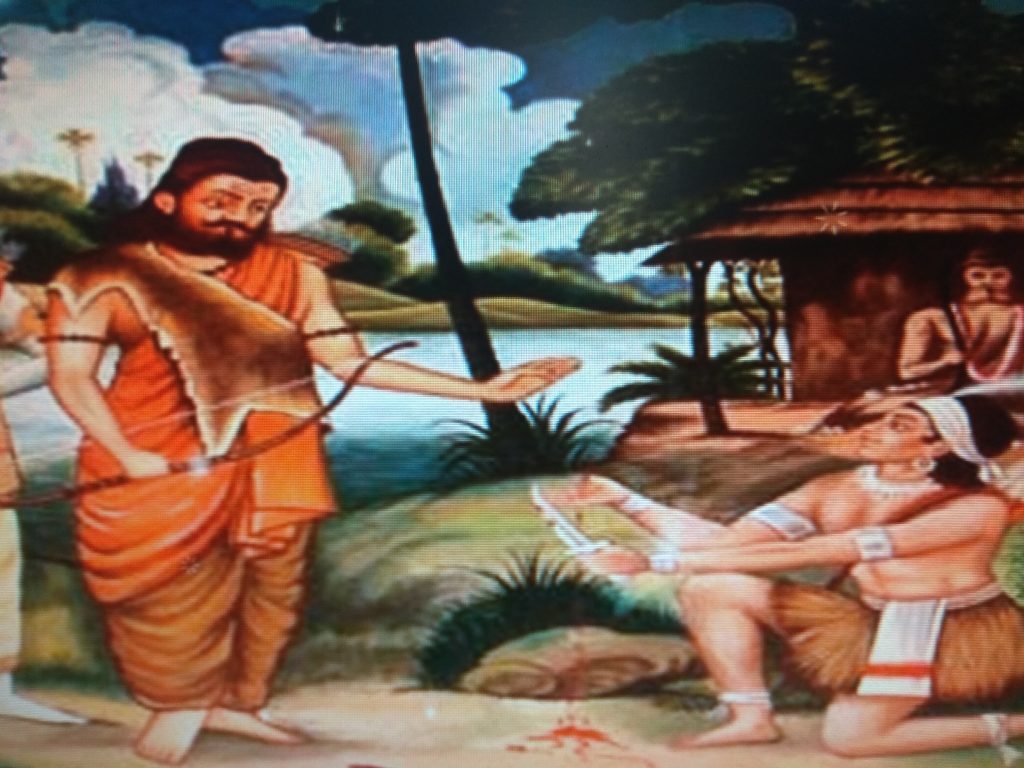 Dronacharya was amply impressed with the love of Eklavya for his guru. He told Eklavya, “You conquer me with your courage, I bless you, even without your thumb, you will remain one of the great archer in the universe and you will be remembered forever for your loyalty to the guru”.

In a final note, it is a well established fact that despite losing his (Eklavya) bow-wielding thumb, he had already learnt to be ambidextrous, the skill of archery with each hand.

How Krishna killed his cousin brother Eklavya, and how Eklavya killed guru Dronacharaya in second birth

Drona had also rejected Karna from teaching him archery skills

It is also said that once guru Drona had also refused Karna who wanted to be the pupil of Drona to learn archery. Drona had rejected him on the plea that he did not belong to the kshatriya caste. The another reason of Drona’ s big no to Karna was that Karna was egoistic and was considering himself superior than anybody and Drona thought that teaching warrior skill to Karna may lead to misuse of that skill.

But by rejecting Karna, Drona had actually sown the seed of revenge and enmity between the Arjuna, the only favourite pupil of Drona. Karna had then approached Parashurama, the great warrior and a guru of Dronacharya. By appearing as Brahmin, he mastered the art of archery from Parashurama and he had then challenged Arjuna in the martial exhibition. Later when Parashurama came to know that Karna had concealed his identity, he had then cursed him that he would forget his archery skill when he needed it the most. Notably, the curse came into effect when Karna forgot the mantra to invoke ‘Brahm Astra (the celestial weapon) in the last day of the battlefield in a battle against Arjuna.

Parashurama had then said that knowledge obtained by lying or with deceitful means could be used for bad purpose.

Let me unfold this story as well. It is said that once Parashurama was resting on the thigh of Karna and a bee bit on the thigh. Karna did not want to disturb the sleep of guru, so he kept sitting bearing the unbearable pain of bee’s sting. It was only when the oozing blood from thigh touched Parashurama’s face, he woke up and was shocked to see why Karna did not cry for pain. Then he realized that Karna was not Brahmin who usually keeps a soft body, and he could be kshtriya who did not feel any pain of sharp sting.

Gurudev Sri Sri Ravi Shankar shares an untold story of Dronacharya and Eklavya. You can click on the link to watch this.

“When you go in search of a guru, you find that there are many. How do you know who is your guru? There are few symptoms or indications through which you get to know who is your Guru. In a true Guru’s presence you experience the following:

Hold on! In reality, a guru chooses you. When you are ready from inside to move from something smaller and mundane to the biggest and joyful, that is when a Guru comes into your life with lots of love and compassion. Till the time a Guru chooses, you keep moving from one Guru to the other. When a Guru chooses you, your search stops because Guru doesn’t leave you! Guru Purnima is called the day of the Master but it is actually the day of the Devotee. Guru Purnima is New Year for spiritual seeker.